Joan Collins and Steven Berkoff on the set of Decadence

Filed as: Movies, People
Published in: The Independent
Location: Luxembourg. 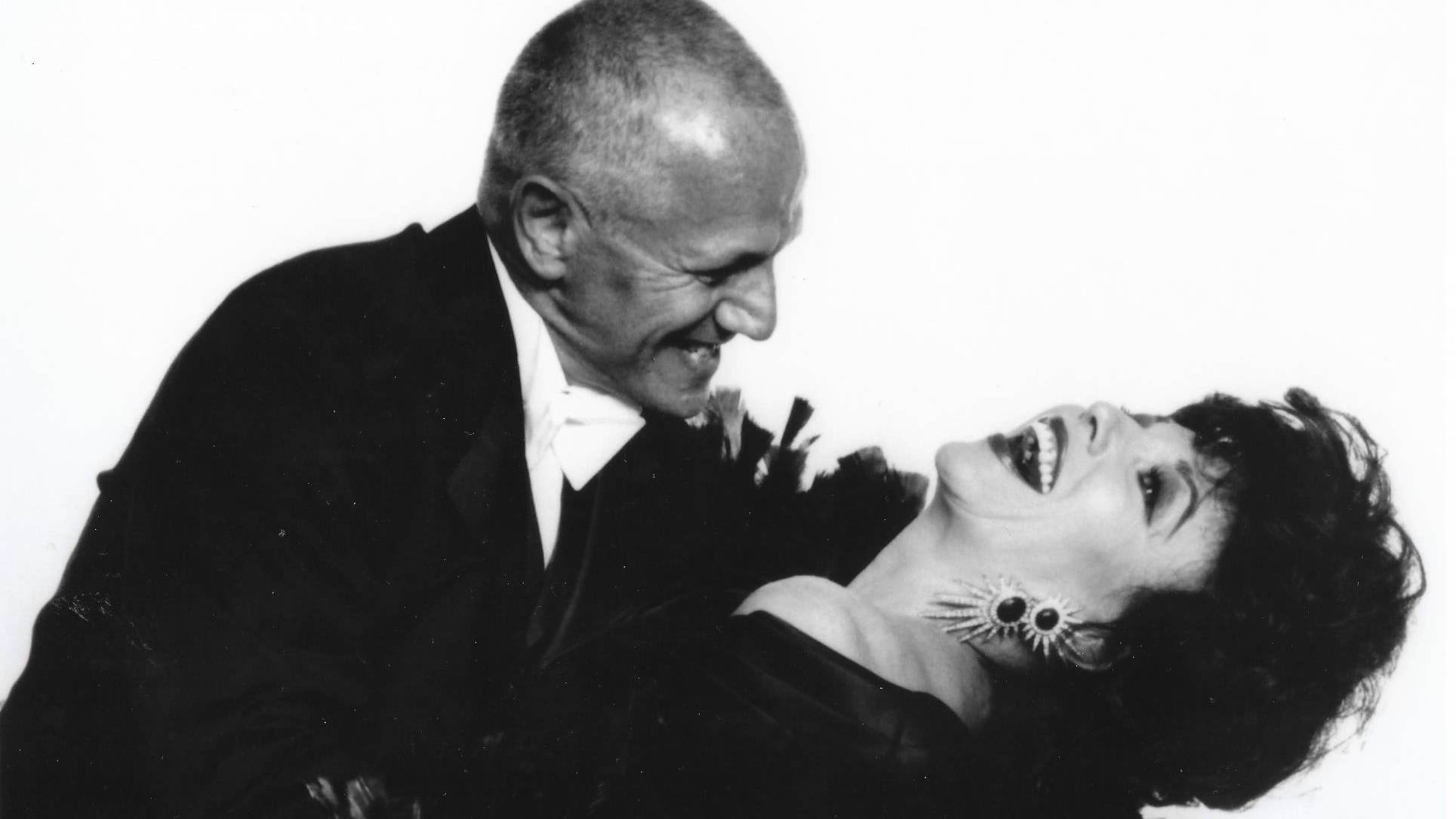 “If this was a battle they would be decimated at the beginning…” Steven Berkoff has snatched a few minutes between scenes on the Luxembourg studio set where he is filming his stage play Decadence. The military metaphors come thick and fast as he describes his crew.

“For me it’s like a campaign, like an army: you know the difficulties, the fissures ahead, you go in with your artillery… there’s an integration.”

With his spiv moustache, worn for the part of Les, Berkoff has a sergeant major’s mien, a face somewhere between Alf Garnet and Enoch Powell. Combine this with a reputation for inventive, exhilarating plays (Greek and West among others), bravura performances and intense, villainous roles in Hollywood and his presence is just a little intimidating. He leans forward, eyes ablaze, in his director’s chair. “Initially it was like the bar scene in Star Wars. There were all these alien creatures standing around.”

Decadence is Berkoff’s first directorial engagement with the camera. His co-star is Joan Collins, who plays both Sybil - an arriviste Cheam housewife - and the Belgravia socialite Helen, with whom Sybil’s husband Steve is having a debauched affair. Berkoff himself takes both the Steve role and that of Les, Sybil’s private detective.

She and Berkoff first met on the TV series Sins and he says he fixed on her for this role many years ago. “I was a little taken aback when I first read the script,” she remembers. “I thought it would be terribly difficult to do and I didn’t really see myself in it. But Steven came over to my flat and read it through with me and I got a tiny inkling of how it would work.”

All things on the small set revolve around the two actors, as they perform their duels and voluptuously vulgar love scenes and whiz back and forth to the costume department. Berkoff slips from actor to director and back again every few seconds.

Props have been the most contentious issue: on stage, Decadence used virtually none, relying on extravagant use of gesture. Here, objects must flesh out Berkoff’s imagination and it has brought acute anxiety.

“There has not been a day when there has been the right thing here,” he complains. “I go crazy because it’s dehumanising, demoralising, debilitating. You can’t get to work.”

Today, on the Cheam set for example, Les is persuading Sybil (and himself) that he will murder Steve. He runs through various methods, snatching up a flick-knife at one point. The props department turned up with a flimsy plastic knife, sending Berkoff into one of his frequent rages. “It’s cheap. I wanted an ornate, silver knife, embossed,” he fumes, handing the article back in disgust.

Berkoff has this strange, emphatic diction and a spoken vocabulary that comes across as very writerly, especially when he refers to his own words. “In the script there is a grand sumptuous feast in the south of France, with the remains of last night’s bloated fill."

“We got a plate with a few peanuts on it and a few prawns and a half-eaten plum, when I wanted big tongues and dirty mignon with cigarette stubs and lobsters and the whole ghastly panoply of food that people who are never really hungry leave behind.”

The disparity between his vision and that of the crew is partly down to a £1.3m budget, but also, says Berkoff, exaggerating for effect, because “they think ‘Oh here’s another Eurotrash movie, you know, Joan Collins, it’s a bit of fun.’ Whereas my whole life and being is at stake.”

Berkoff charges from set to dressing-room, bounding from one side of the camera to the other, working himself up into a fury for a scene with Collins, then ripping back to his office, covered in sweat, to discuss dialogue and camera angles.

At 56, he has come to film direction later than most and his frustration at the technicalities of the medium shows in his rants at the crew. “I’m amazed at the chaos that exists in film, the lack of integration, the throwing together. I’m happier if things are perfect before the first night. I do lose my temper here, because I’m a tiny bit nervous.”

The crew themselves maintain that Berkoff, the novice director, has found it hard to deal with tracks, laid for travelling shots and the complexities of film lighting. He has no training in these disciplines, but after 18 days’ shooting, director and crew had become reconciled, uniting against their common enemies: time and money.

Collins, turning 60 in June, has more money than time. She is at work on her third novel (working title Hell Hath No Fury), having ditched her fourth husband in favour of an old Etonian art dealer. She eats mini-Mars bars in a modest dressing room, Michael Medved’s Hollywood versus America sharing the shelf space with a Scrabble dictionary and her second novel, Love and Desire and Hate (“You have a degree in literature? Well you’d better not read it”). Here she practises the rhyming verse of her lines.

Both the dialogue and Sybil’s estuary accent took some work. “I considered playing psychological games, but felt I’d talk her through it,” says Berkoff. “People have said ‘Joan is a horse that canters around a track - how’s my hair, my face, my finger-nails…?’ but there’s a talent they haven’t tapped. Under this carapace that Hollywood has made, there is a tremendous power.”

Joan does not give the impression of having just been stripped of her carapace. She has, in fact, taken dowdy, working class roles before. But the public’s perception of her is so firmly rooted in the Dynasty figure of Alexis Carrington that they may barely recognise her in hair curlers, frumpy tights and no make-up.

Berkoff revels in her cosmopolitan chic, letting a momentary ardour get the better of him: “She’s an icon figure, she’s the most famous actress in the world, bigger than Madonna…and this power fitted the character of Helen, for whom nothing must be denied.” Conversely, “I’m virtually unknown: a tiny bit of fame from trash like The Krays, Beverly Hills Cop, cobblers like that. I’ve never been able to express my spirit in film, because I’ve always acted some two-dimensional recycled piece of turd that has been assimilated from the plots of many a film.”

Collins plays the same game. “He’s an enormous genius,” she enthuses. “I think a great many actresses in England would give their eye tooth to do this part. I’m just a jobbing actor who takes on something I like.”

Both are Londoners, adding an East End boy meets West End girl touch to the set dynamics. Given the breadth of social register needed to play all four characters, this diversity of background is almost an imperative. Yet while Berkoff hawks his street-fighting pedigree, and values Collins’ “silver-spoon,” she brushes her own class-consciousness to one side: “I never think of actors and their roots and where they come from. I’m too pragmatic for that.”

Go further into the class question with Berkoff and he gathers steam. “In different languages you see the articulation of working-class societies. Dylan Thomas in Welsh, Brendan Behan for the Irish, but our society has equated economic poverty with verbal and cultural poverty. So in Decadence the working-class man is celebrated for his desires, frustrations and beliefs because he has not been eviscerated by possessions, conditioning and education.”

Both of them smoke avidly between scenes, going into little huddles with their respective assistants, like boxers between rounds. It is an extremely violent script, intellectually. There is little physical contact, but verbal streams of blood, vomit and semen. This is very much Berkoff’s idiom. “It’s so beautifully written,” says Collins, “that, even when she says those four letter words, it’s not nearly as shocking as watching an Eddie Murphy movie.”

The two of them fizz nicely once the cameras begin to roll. She makes a soft, snuggling moll to Berkoff’s mean-eyed Les.

Among the early rushes is a Berkoff monologue delivered to camera, where he describes being buggered at school, frequently breaking off to accept arrays of food and drink. It is masterly; an indication that Decadence could have audiences in stitches if the mood is sustained. A night-club scene, where Collins dances to Abba’s Money, Money, Money, looked less successful, but had the actress jigging along merrily in the cutting room as she watched.

The Luxembourg studio (built only a year ago) is compact, to say the least. Shooting has to break off during the rain, since it drums on the corrugated iron roof and nearby construction work also finds its way onto the sound-track. Lance Reynolds, the producer, was glad of the tax breaks Luxembourg could offer, but looked forward to the larger, quieter facilities at the old RAF hangar near Dusseldorf, vacated by the military last November, to which they would move next.

“It’s wearing me to a frazzle,” says Berkoff. Does he feel he’s a little old for all this? “Not really, but I’m ready to drop off the perch. So just before I slide down the hill I’d like to generate a couple of good pieces. Then I’d be happy.” Berkoff stood, turned sharply on his heel and ran full tilt back into battle. 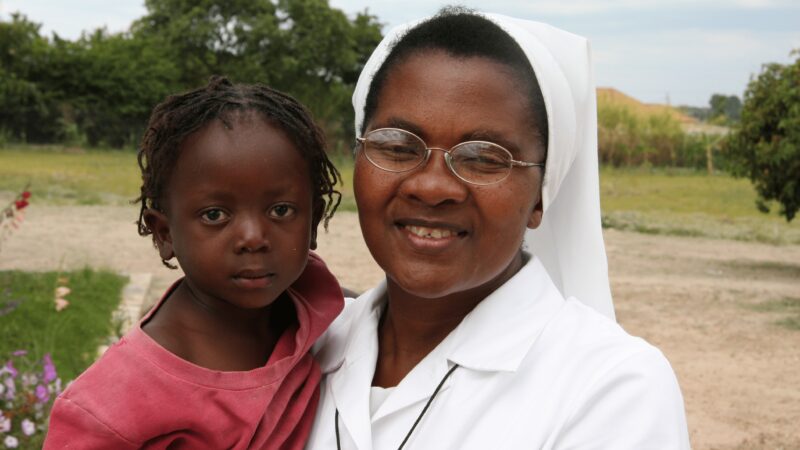