Home | Lula - from poverty to power 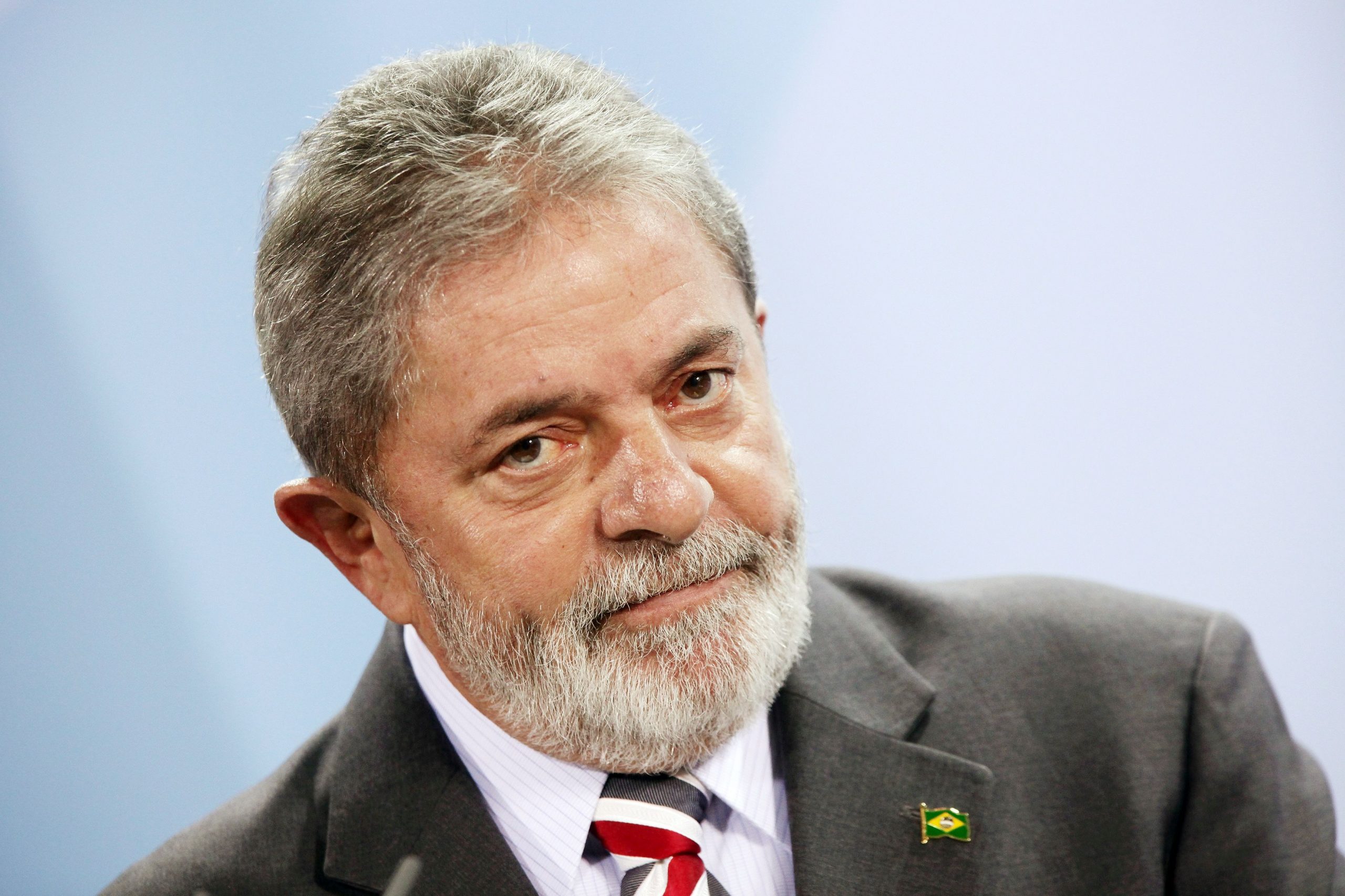 Born into relative poverty in the northeastern Brazilian state of Pernambuco, Luiz Inácio da Silva was the seventh of eight children. His father was a manual labourer and his mother would take in washing to supplement the family income.

Early on in his life, Lula’s father moved south to a suburb of São Paulo, where he worked on the docks. His mother eventually followed him, only to find that he had started another family with one of her cousins. An arrangement where the two families lived close together continued for some years until Lula’s mother Lindu tired of the situation and moved away.

By the age of 11, Lula was living with his single mother and some of his siblings, selling peanuts on the streets and mixing with the workers. As a child, Lula did a succession of low-paid jobs: shining shoes, working for a dry-cleaning shop and then in a factory that made screws. It was here that he took part in the national industrial training programme which provided him with the education to raise his prospects up from the very modest expectations of his friends and relations.

In the two-year course, Lula was trained to operate a lathe and trained in factory technology. Although this was not a university education, it was a tough course to enter and his family were proud of his achievements. During this time, Lula also became fond of playing football and swimming in the lakes around the district of Vila Carioca, where the factory was located.

At the age of 19, Lula was operating a heavy machine in a car parts factory when a press broke and fell onto his little finger, crushing it. This agonising experience – and the fact that he had to run between several hospitals before he received attention – helped to convince him to enter politics, to improve conditions for workers.

In 1975, at the age of 30, Lula was elected president of the Steel Workers’ Union of São Bernardo do Campo and Diadema, home of the largest concentration of carmaking companies in Brazil. Yet after organising an illegal strike, Lula was jailed for a month, something that was both a hindrance and a blessing to him in later years: his political opponents would try to paint him as a criminal, while his supporters viewed him as a hero who had undergone great hardship on their behalf.

In 1980, Lula joined a group of academics, intellectuals and fellow union leaders to form the Partido dos Trabalhored (PT) – the Workers’ Party – to oppose the policies of the then military government. He won a seat in Congress in 1986, before entering the race for president in 1989 – the first democratic presidential elections in Brazil since 1960.

This was the first of three presidential elections that Lula would contest and lose, first to Fernando Collor de Mello (1989), then to Fernando Henrique Cardoso in 1994 and 1998. In each of these elections, Lula had promised the electorate that he would enact immediate land reform and would renegotiate the country’s external debt.

Lula also had a distinct personal style, dressing in informal clothes such as Che Guevara tee shirts. In 1985 he admitted to a journalist that he was in favour of an ‘armed struggle’ to gain power, if democratic means failed. This helped to contribute to a sense among the country’s educated elite that Lula could be a dangerous person to have in power: his lack of formal education, his upbringing in poverty, his record of organising industrial unrest and his prison sentence all added up to a difficult combination for a presidential hopeful. But still he remained optimistic that he could overcome the doubters.

Besides overcoming his own disadvantages, Lula had to deal with the history of the military dictatorship, which had ruled for more than 20 years and had an ingrained resistance to true democracy.

In the ensuing years, Lula had to walk a tightrope between various different parties, taking care to remain faithful to the workers who had put him into Congress, without alienating his fellow Congress members too far. He was a hard-working Congressman, attending 95 per cent of the votes during his time in office and voting in favour of legalisation of abortion (despite his close links with the Catholic Church), for limits on private property, for a voting age of 16 and for the legalisation of a gambling game that was popular in poorer districts.

Then there were the attacks from his political opponents. Not only did they point to his lack of education, but in the 1989 election his opponent Fernando Collor spread rumours about his illegitimate daughter Lurian, who was 15 years old, and claimed that Lula would confiscate people’s savings accounts. Lula certainly wanted to push through land reform and to cancel Brazil’s external debt, but Collor made his attack more personal and harmful, in pursuit of the presidency. (Eventually, Collor resigned the presidency under suspicion of fraudulent behaviour).

In 2002 Lula contested the presidential elections for the fourth time. On this occasion, he dressed smartly and had changed his platform on external debt to be more business-friendly. He was victorious and embarked on a presidential term of office that would mark a dramatic change in the direction of Brazilian politics, history, standard of living and economic performance.

“Historically, this event meant that an ordinary man, with no university degree, a son of Brazil (not a child of the elite), won the presidency,” says Brazilian journalist Daniella Borges. “Even wealthier people felt represented. So in January 2003 the country was in a party mood, there was a climate of joy, of freedom. People were happy.”