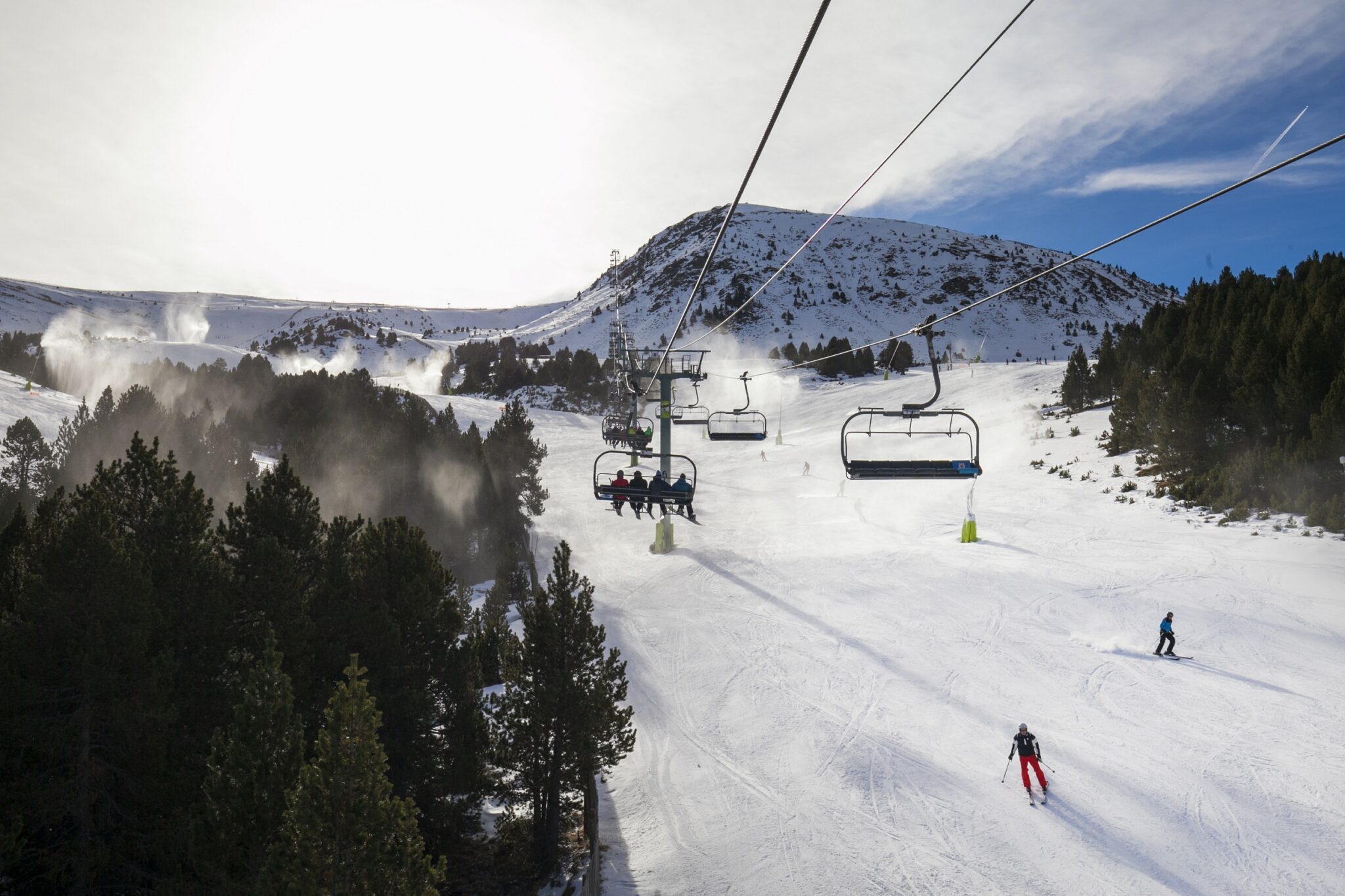 Spending the day with George, the Ski Club of Great Britain rep, was best. Even though my skiing sometimes was embarrassing and even though I’d missed him twice, his laddish, anachronistic manner was a delight. All this “Come on chaps!” and “Let’s go sir!” had me in quiet stitches. His little boast about his sexual conquests were a bit off-putting, but I ended up really fond of him and wished we had longer.

Yesterday was certainly one of my favourite skis. Off-piste through the trees was very taxing and required far more genuine skill and precision than any route I’ve done before. It would be an incredible buzz to be good enough, and with someone good enough, to slalom down in one shot. George would rarely ski for more than 20 seconds. Perhaps not even that. Then “Let’s go sir!” and down we’d ski. So hot, and with the snow, as George pointed out, still clinging to the trees, the contrast between our bodies and the mountain was itself exhilarating.

Burning faces and thighs, with icicles showering off the ski-lifts. Some magical moments of skimming and turning through snow the consistency of whipped cream, glistening under-ski. Trees plump and iced with frosting, flashing in the sun. Not a glimpse of piste for minutes at a time, valleys with boulders, tree-stumps, branches to avoid or jump, mini snowballs trickling downhill from the apex of a turn.

George: “Makes you appreciate the mountains more like this, don’t you think?”