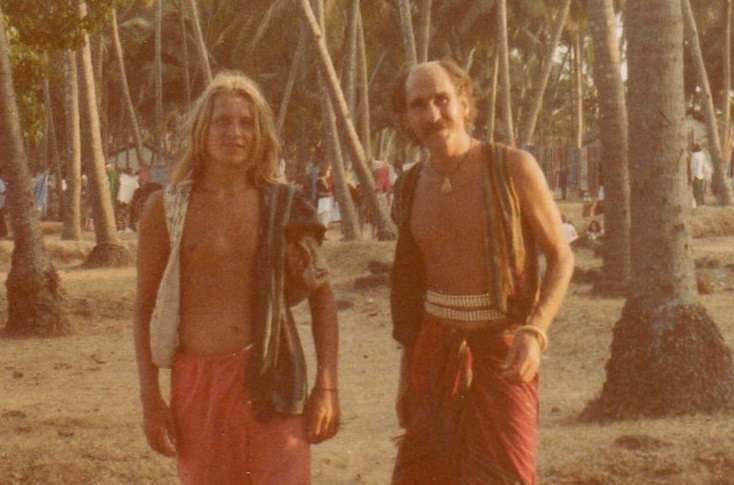 “David from England, come and drink some chai,” said a slim, tanned man sitting cross-legged on the terrace of his wooden house in Chapora, a village in northern Goa.

I was mid-way through a gap year tour of India, keen to meet curious characters and immerse myself in other cultures.

There were few more curious than Ior. Pronounced ‘Eeyore’, like the donkey, he presided over a loose community of Finns, Germans and Swedes spending their winters in Chapora and their summers in Europe. Renting a tiny room in their house, I was granted temporary membership of the group, an addition from “your tiny island,” as Ior called Britain.

Every morning we would follow Ior down to the beach for his exercise routine – a combination of yoga and martial arts – performed naked with the sun on our backs, looking out onto the tranquil Indian Ocean, before we plunged in for a swim, showered under a nearby waterfall, then ate mango and yoghurt at the local café for breakfast.

Back in Helsinki, Ior worked as a guide on the ancient Suomenlinna islands guarding the city’s bay. He spent his winter days in India researching stories from the 17th and 18th centuries, telling of the great Baltic battles and military commanders. He’d present these stories on national Finnish television and comment on national cultural life.

As night fell in Goa, Ior and his friends would dance around campfires at full moon parties, mingling with the travelling hippies and students like me, always welcoming and happy to share a bowl of rice and vegetables.

We stayed in touch and 18 months later I visited Finland, arriving by ferry from Stockholm and walking along Helsinki’s Mannerheimintie to Ior’s apartment. He was a bit agitated: his mother had recently died and he began telling expansive, mythological stories of Finland’s creation – the Leminkeinen myth – and his own role in it. We travelled to some music festivals north of Helsinki, in Puri and in Kaustenen. He was clearly famous: everyone would stop him in the street and discuss the state of the country, or his latest TV show.

A few years later, I returned to Helsinki to find Ior transformed into a full-on cult leader, with an international band of followers busily trying to unearth a mythical underground temple, which he said lay deep beneath the grounds of his summer house. They rented excavators and dug a large cave, falling foul of Finland’s planning laws and creating a national scandal, complete with drug busts, illegal immigration and Ior’s hare-brained mythologising. They evangelised Ior’s peculiar vision of de-industrialisation and spiritual awakening. A couple of Indian men, brought over from Goa, were treated as servants. I watched on with a mixture of amusement and horror, sure that this psychological Ponzi scheme would crash sooner or later.

It would be the last time I saw Ior. Not long after this, he was stabbed by a friend suffering a psychotic episode and paralysed. Later, his Indian servants stabbed him to death. A Finnish friend in London told me she thought he goaded them to do it, to free him at last.

I mourned the carefree, generous, welcoming soul from those gentle Goan mornings.