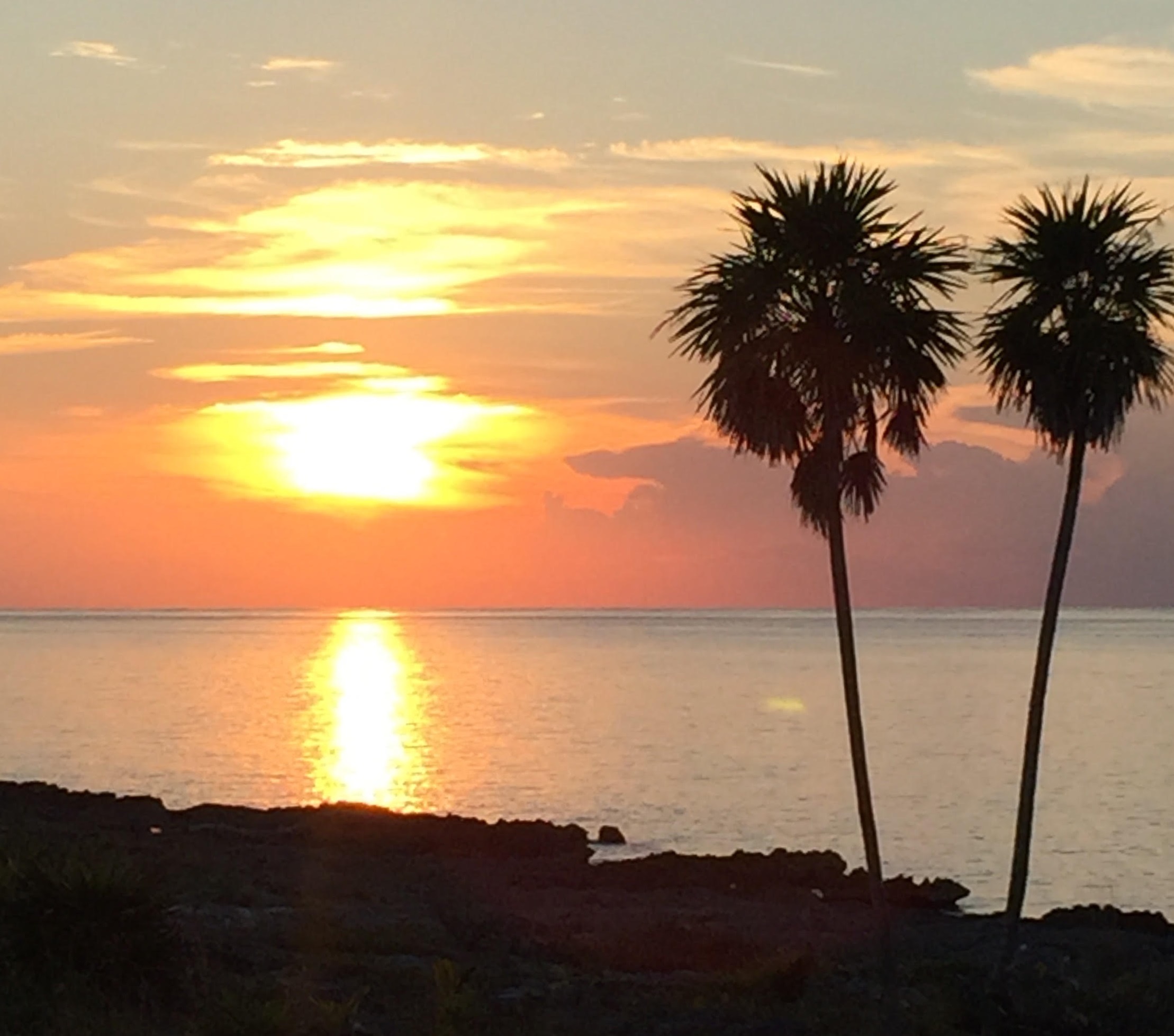 Trees were uprooted, boats smashed on the shore, streets were flooded and roofs flew into the air as 215 kmh winds battered the Yucatan peninsula this summer during Hurricane Emily’s destructive path. Two helicopter pilots died attempting to rescue oil workers from offshore rigs, while thousands of tourists were evacuated from resorts along the coast.

Although not quite in the league of Hurricane Katrina, it was all very different to the way things normally are. Old and new, ruined and ravishing, serene and psychedelic: this is the normal promise of a trip to Mexico’s Mayan Riviera, a short hop south of Cancun and a magnet for visitors looking for natural beauty with all the facilities of a 21st century luxury destination

The Riviera is home to dozens of ancient Mayan ruins – whole cities indeed – including pyramids and temples, some in amazingly good condition despite these occasional lashings from the elements. We visited the Chichén Itzá ruins, 40 minutes in a six-seater plane from Playa del Carmen, strolling around its ageless stones in a state of awe.

Offshore, the Riviera boasts the second largest coral reef in the world, after Australia’s great barrier reef, along with teeming wildlife and the silent wrecks of ships and planes, slowly being populated by coral. This makes for a handy division of entertainment. While he spends an afternoon diving, she explores the ruins. Or vice versa.

Weather permitting, fly into Cancun International Airport and take highway 307 southwards, driving past Mexican craft stalls and the many resorts. Once at the shoreline, there are cabanas for rent, fishing and diving trip and restaurants with that laid-back ambience, as found elsewhere in the Caribbean, but with a particular Mexican twist. Hammocks are the seating of choice, once the floodwaters have receded.

The main town along the coast is Playa del Carmen, transformed in recent years from a sleepy backwater to a hub of tourist activity, with Italian delicatessens and German guesthouses adding to the cosmopolitan flavour. A sprinkling of archaeological researchers, here for the ruins, provides a touch of academic seriousness, while the watersports fanatics make most of the social running, crowding into the clubs and bars in the centre of town. The centre of Hurricane Emily passed right over Playa del Carmen, taking out power lines and smashing up properties, so it will have looked like a bigger party than usual had been going on!

A taxi ride from Cancun costs no more than around $40-$50 for the forty-five minute trip. Once there, well-heeled visitors will make for the Royal Hideaway Spa and Resort Playacar, with its two and three-storey villas, pools, rivers and waterfalls tinkling throughout the grounds. From here it is just a five-minute trip into Playa del Carmen, but the beach is magnificent and the hotel is packed with activity.

Taking the water taxi over to Cozumel is one of the best reasons to be in Playa del Carmen, over to the spot identified by Jacques Cousteau in 1961 as one of the world’s finest scuba diving locations. Cousteau was especially impressed by the fantastic water clarity – divers can commonly see more than 100 meters – and the abundant marine life, which includes turtles, black groupers, green moray eels and the toadfish, found nowhere else in the world. Of course, when a hurricane strikes, water clarity disappears, but as long as there’s not been a storm for a couple of weeks, it should have returned.

There are 20 miles of reef here, with more than 200 species of tropical fish, undersea limestone caves and tunnels and even an aircraft wreck, amid rare black coral.  “What divers really go for is the long drift dives you can do along the coast,” says Amanda Wayness, dive instructor on Cozumel. “The current carries you along, past these amazing coral formations. It’s incredibly relaxing and beautiful.”

Most diving happens on the west side of the island, sheltered from the harsher extremes of the Caribbean Sea, from where ‘Emily’ arrived in the summer. To the north, Cozumel is largely uninhabited, while the southern part of the island has the Chankanaab National Park, with some very chic hotels and private houses, together with great beaches. If you’re in the mood for adventure, hire a jeep and drive right to the northeast tip of the island to discover the El Real Mayan ruin, overlooking a secluded beach and snorkelling spot.

We stayed at the Wyndham Cozumel Hotel & Resort, a few minutes' walk south of the main town, with a massive pool, seafront quay and excellent buffet dining. When we arrived, there was a convention of Catholic monks and priests, busily networking and buying new vestments and crucifixes. I felt slightly under-dressed in my swim shorts.

The Mayan Riviera has a second type of dive experience seldom found anywhere else: the many natural deep pools in the countryside known as ‘cenotes’ have exquisitely patterned walls, carved by the natural action of underground rivers. Cenote Dos Ojos and the Bat Cave are two of the best known.

Going further south on the mainland are the sprawling ruins of the city of Tulum. It was founded some time around 500 AD but really began to thrive after 1200.

Artefacts unearthed in Tulum have included copper jewellery from the Mexican highlands and jade and obsidian from Guatemala, clearly imported to the town at a time when it was a trading centre.

It was only with the arrival of the Spanish conquistadors that Tulum collapsed, as the microbiological hurricane of diseases brought by the Europeans wiped out thousands of people. Between the early 16th century and the early 20th century the city was left to crumble, but much of it can still be seen, including the Temple of the Descending God, with the sculpture of a man diving headfirst towards the ground. Nearby is the Temple of the Frescos, where some original mural work can still be seen, while the House of the Columns is a palatial building, with six giant columns supporting the roof.

The hotel Allure Mayan Riviera is nestled in one of the best beaches of the region. Five minutes north of Tulum and thirty minutes south of Playa Del Carmen, it has magnificent colonial architecture, hardwood floors, ancient Mexican art, original paintings and furniture and the nearby ancient ruins can be seen from the hotel beach. Restaurants feature Italian, Mexican and Asian cuisine, including a Sushi Bar.

Nothing better, after a long day under water observing thousands of brightly-coloured fish, than returning to the hotel for a big plate of sushi (if the hotel is still there…).