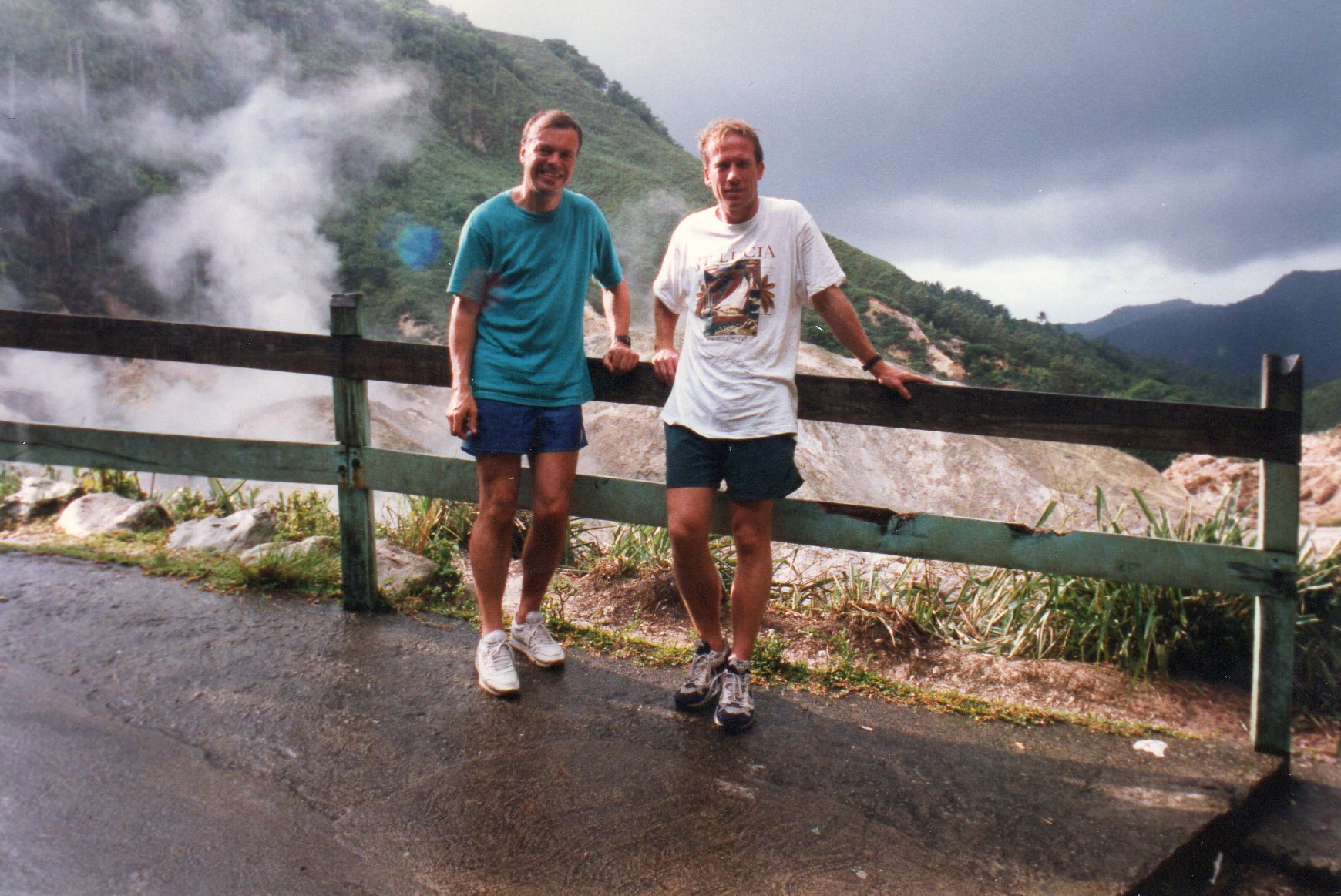 As a mother-daughter double act, Eileen and Emma were straight out of a Noel Coward play. Buxom, thirsty, gregarious, well-travelled, faultlessly dressed in floral smocks, they breezed into the cocktail party as if on stage at the Theatre Royal Drury Lane. Champagne flute in one hand, Marlboro Light in the other, they surveyed the scene with a practiced eye.

With my politician friend Clive Betts MP, we were at Le Sport on St Lucia, an all-inclusive resort serving as much alcohol as you’d like from dawn to midnight. All four of us partook, much as Amy Winehouse would, years later, when she came here (of all places) to detox. Some chance.

After introducing myself to the pair, I hatched a plan. I’d invite them to dine with us the following evening and encourage Eileen to think that Clive was interested. Since he was gay, this depended upon a) her willful blindness to the obvious and b) his politeness and reluctance to offend. Once Eileen was distracted by this doomed romance, I could spend time with Emma.

The plan worked like a dream. Over dinner, Eileen drank herself into a swooning passion, virtually sitting on Clive’s lap before the meal was done. Clive was flattered by the attention and far too well-mannered to rebuff her. Meanwhile, Emma and I scarpered after the ice cream and were soon swimming naked in the sea, gazing at the stars.

It was an idyllic place, richly aromatic, beautifully designed, with whitewashed walls, marble-clad swimming pools and every variety of massage therapy.

Emma and I stayed in touch and, indeed, became lovers.

Eileen and Clive never saw one another again, although she would ask after him.