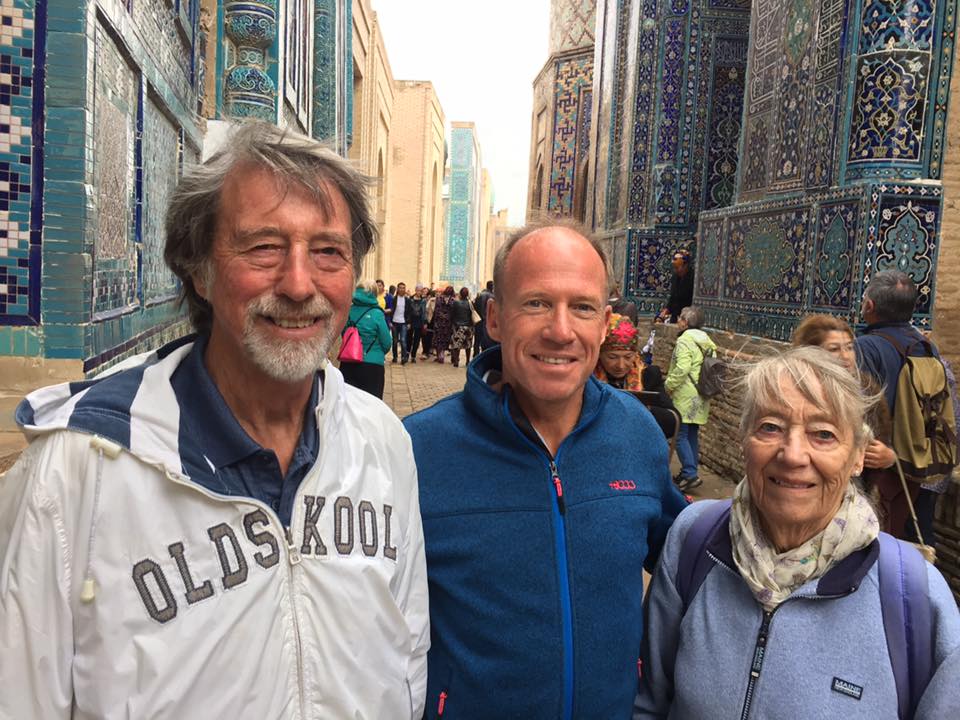 Through a quirk of fortune, I ended up in Uzbekistan as the youngest guest by 25 years on a retirees tour, surrounded by 70- and 80-year-olds, visiting the mosques, palaces, ruins and fortifications of this ancient land, one of only two double-landlocked countries in the world (the other is Liechtenstein).

We flew into Tashkent and sped to Nukus in the far west, clambered onto a 4th century Zoroastrian mud fortress, lunched on peculiar-tasting salads in Bedouin tents, explored the magnificent walled city of Khiva and the teeming, historic streets of Bukhara, once a major trading point on the Silk Road linking Europe and China.

I hired a bike and rode 138km around Lake Tudakul, checking out the wading birds in the reeds and occasional men riding donkeys. I arrived back in town as night fell, grateful not to be crushed under the wheels of juggernauts thundering past.

Our guide said that women suspected of losing their virginity before marriage are abandoned by society. We saw a succession of wedding parties: the brides anxiously posing for pictures, their blood-red roses stark against their bright white dresses.

In her mid-80s, my aunt Ann was as intrepid as ever, hiking up the hills and visiting every nook and cranny on this energetic tour. She needed a bit of help sometimes, but to criss-cross a central Asian country at her age, with limited facilities and a punishing schedule, was quite a feat. She died 18 months later and is much missed.

My uncle Ted (her brother), despite limited mobility, also careered around Uzbekistan with his customary good cheer and curiosity. I left him sitting outside one temple for five minutes and when I returned, he was surrounded by young women, laughing at his stories.

I hope I’m still as curious about the world once I’m his age.