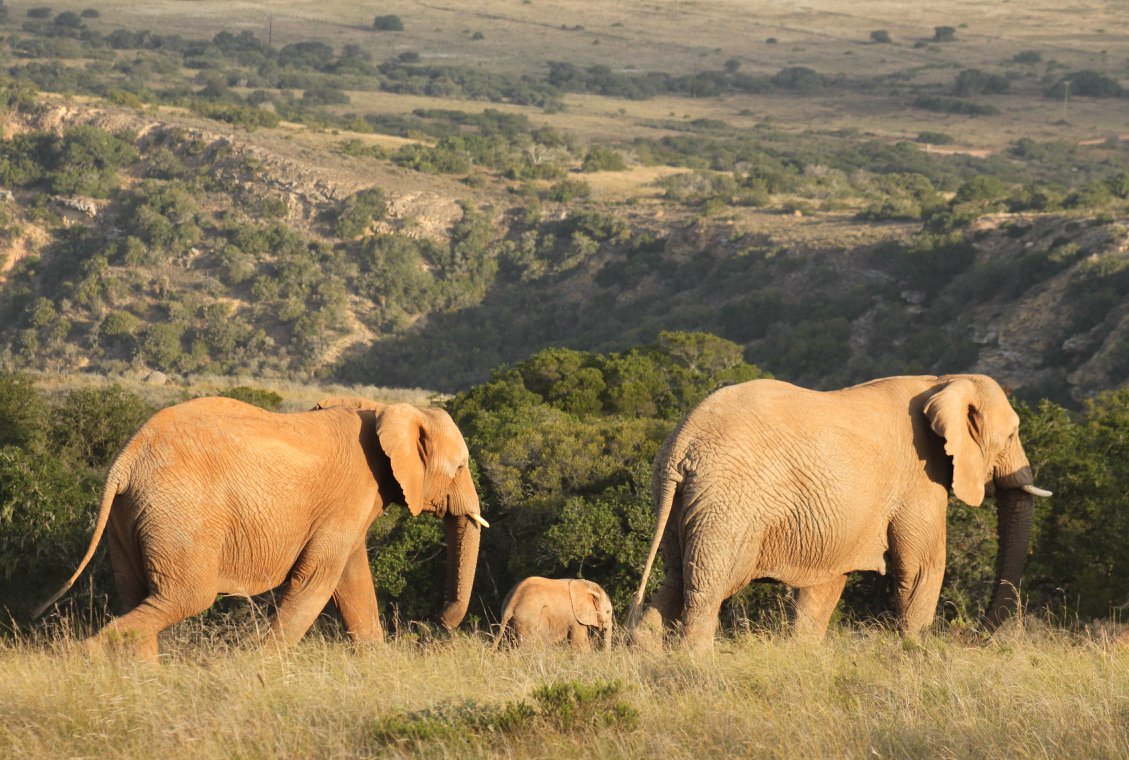 Up at dawn and wrapped against the chill, we trundled out of Amakhala resort in our open-topped jeep and into the wildlife reserve. It was a stunning sight, watching the golden hills awaken, spying giraffe, zebra, warthog, elephant, rhino, buffalo, lion, cheetah and antelope all within a couple of hours.

Our guide was super-knowledgeable, entertaining, personable, engaging. He grew up in Zimbabwe and came over to South Africa some years ago, when life became too hard under the regime of Robert Mugabe. Exchanging updates by phone with fellow guides, he led us exactly to where lions lay basking in the sun; we found another pair atop a cliff, looking out majestically over the spreading plains.

It was our first safari, after years of anticipation, and such a joy. I’d expected to see only fleeting glimpses of these magnificent animals, but they were almost within touching distance. Resplendent, astonishing.

I know it’s a big, fenced park and so they’re not technically roaming wild, but it feels like they’re free and at ease with nature and one another. Our guide explained how the game wardens manage this microcosm of animal society, culling lions if they become too numerous and threaten to eat everything else. Same with the elephants, who eat through literally tons of bush a week.

We repeated these trips twice a day for three days, never tiring of the thrilling vistas, the shock of seeing nature’s most beautiful living creatures, alive and glowing.