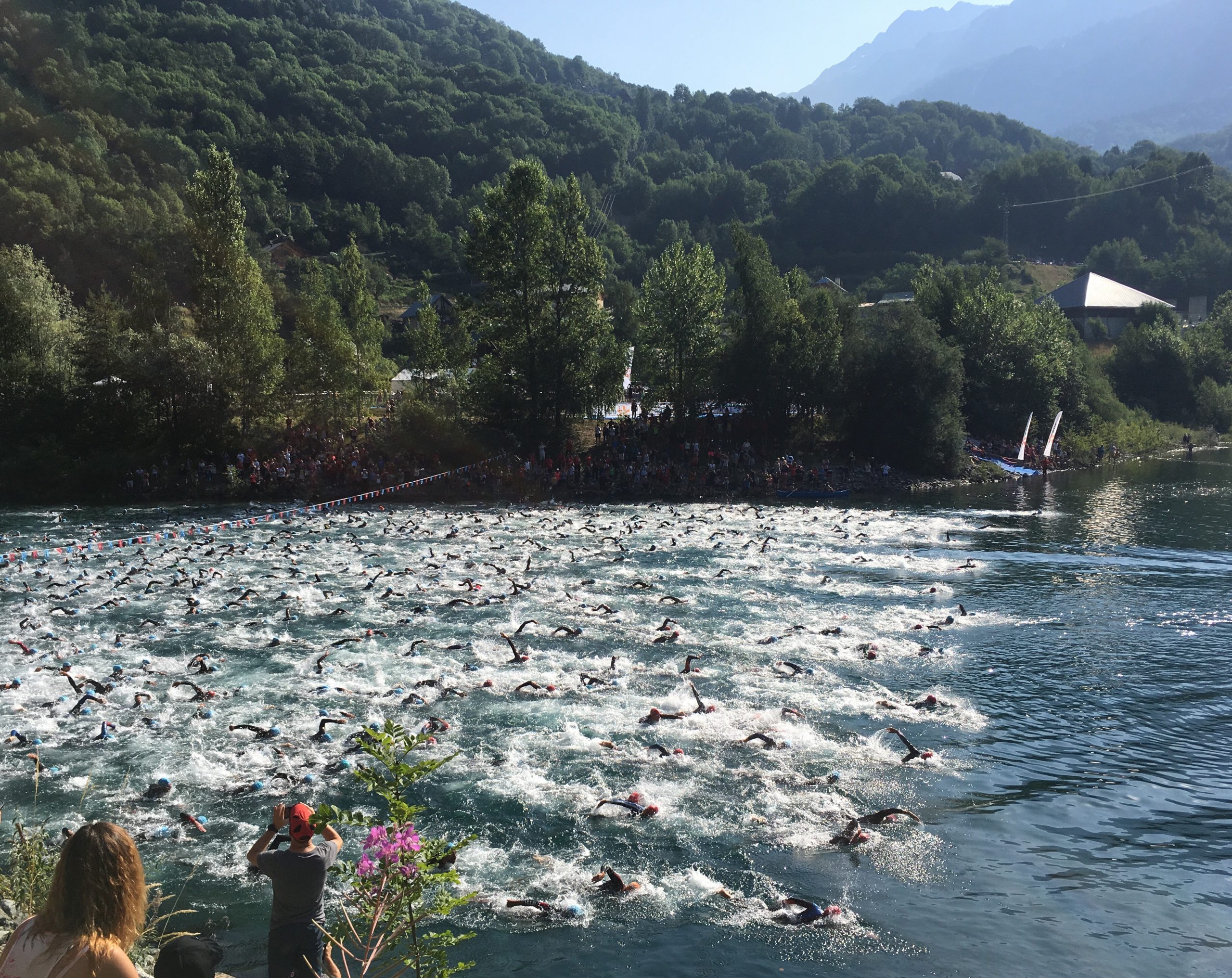 Since 2006, Alpe d’Huez has lured athletes to one of the world’s toughest triathlon courses, inspiring dreams and then crushing them brutally.

Its legendary climb of 21 switchbacks over 12km - a Tour de France classic - rises 1000m at an average of 8 per cent, and comes after riding 100km of monster alpine ascents.

The run then winds further into the mountains, reaching a breathless 2000m altitude on its rocky trails.

Yesterday, around a quarter of the field of 1200 failed to complete the race. A few were hauled out of the gorgeous lake, only accessible to swimmers once a year, after the spectacular mass start. Hundreds more were floored by the bike, sitting by the wayside, zombified by the relentless climbs and searing heat.

Ambulances wailed, bikes were discarded in hedgerows as fit, young athletes lay prone in the road.

Like many others, I sat and calmed myself on the final climb until my racing heart subsided. After a relatively speedy first 100km, the beast of Alpe d’Huez savaged my energy and pace.

Crawling into transition, I felt nauseous, shattered, dizzy and had a headache. It was like a combination of heat stroke, altitude sickness and flu. Surely I couldn’t run 20km up these unforgiving trails? I did something I've never done in any other race. I lay down in transition and closed my eyes.

A few minutes later, I staggered slowly towards the run start, looking for my coach to tell him I was pulling out. ‘Here’s David Nicholson,’ the event announcer told the crowd. ‘He’s thinking about whether to run. A DNF [did not finish] is NOT AN OPTION!’

So that was that. I lurched around the course in three hours and down the finish line as the sun sank below the majestic alps, cheered on by a tearful and relieved Clare Nicholson and pleased coaching team of Rafal and Alicja Medak. I was about 10 minutes inside the cut-off.

Sometimes the closeness to failure and overcoming acute physical threats make these races all the more rewarding, even when I’m light years away from any podium.