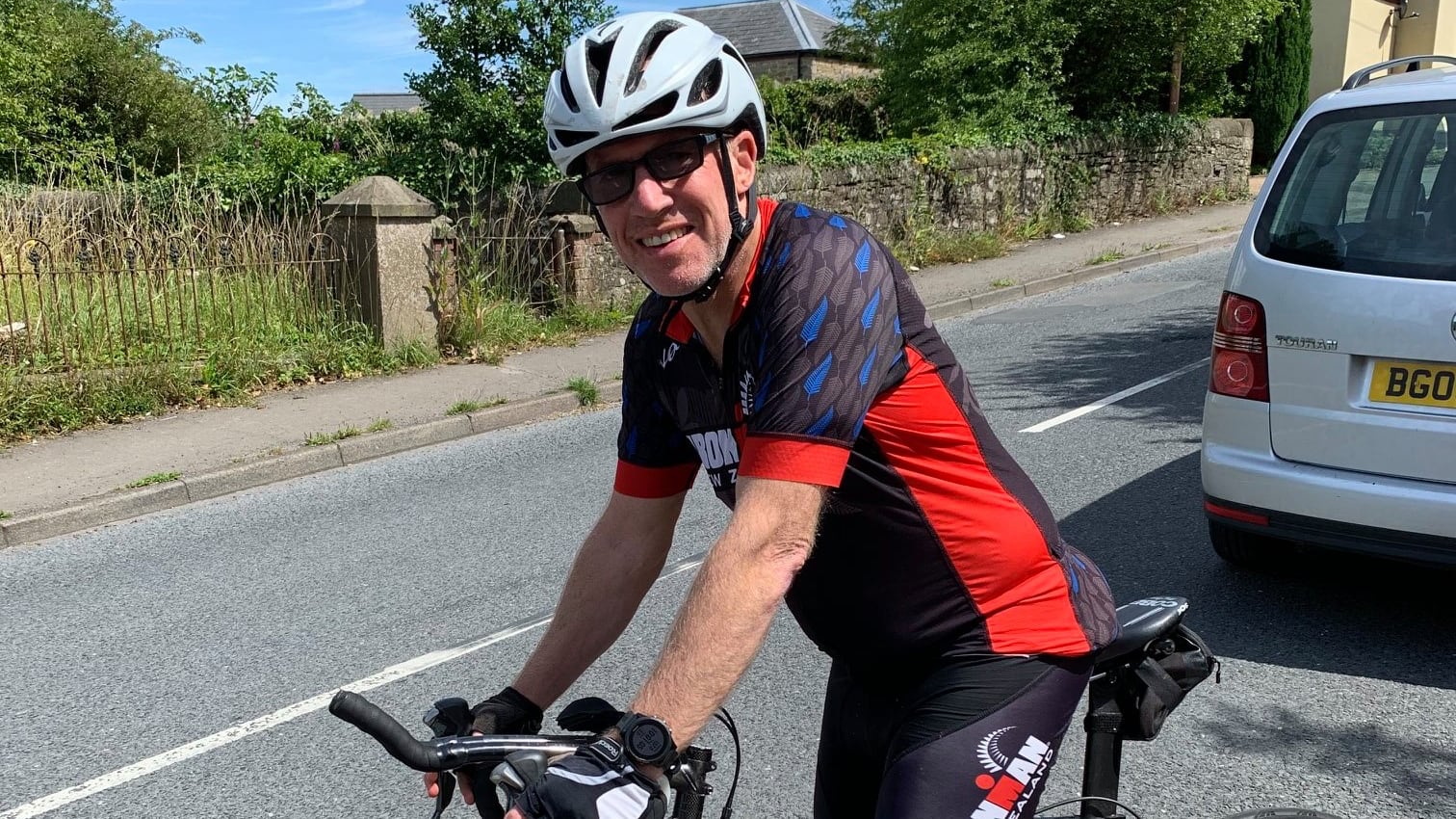 What’s a triathlete to do? No events on the horizon, great weather, months of lockdown weight gain, frustration and energy looking for an outlet.

The idea of ‘Everesting’ a hill – cycling up and down multiple times until you’ve ascended the height of Mount Everest (8848m) – is made for a pandemic. You can do it almost anywhere. Gradually, as spring turned to summer, I decided to have a go.

Choosing the right hill was surprisingly difficult. First I picked Alexandra Palace, but it’s quite short and not very steep (1km and 4 per cent) you’d have to ride 400km to finish it. I went up 50 times to see how it felt. Fantastic views. Or Swains Lane in Hampstead, but that’s also short and extremely steep – 20 per cent at the top. Good for training but a monster to Everest. I scoured Strava segments and found Holme Moss in Yorkshire, which is 1.4km and 10 per cent, rising 140m. One weekend, with hotels still closed, I slept in my car in a nearby wood, Blair Witch style, and started riding at 4am. After three hours I was done: too steep, muscles in agony.

Back to Strava. Apparently the ideal hill should be 2-3km long and an even 6 per cent gradient. After hours of browsing hills and a recce trip with Clare to Kent (one hill was too narrow, another was full of potholes, another was 25 per cent), I spotted Cats Hill in Ruardean, Gloucestershire. Nice surface, 2.5km long, rising up from the Wye Valley at a constant 6 per cent. There was a pub with B&B rooms nearby. We booked three nights as soon as it reopened after lockdown.

On Saturday 11 July, we went to bed at 6pm, ready to be up at midnight. Porridge and coffee, then I wheeled out onto the course at 2.10am. Weather calm and quite warm, feeling pretty good despite bike emergency the day before, when we had to race to Cheltenham and buy a new back wheel.

The average Everesting takes around 20 hours, so you want to get the night-time section out of the way early, when you’re still fresh. Also a reason for Everesting in June or July, for maximum daylight. By 8.30am, I’d ascended 20 times (about a third of the total). Even so, I was plagued by doubts. Could I really keep going? Would I get injured? I finish Ironman races in about 12 hours, so this could take twice as long.

For the next 15 hours, we suffered one setback after another. A puncture. Feeling so sick that I had to stop, moan and dry retch into a hedge. Both my Garmin watch and bike light batteries died. At one point after midnight I had to ride down these steep country lanes holding my iPhone in one hand, using its flashlight to see the road.

Gradually, the ascents ticked past. We recorded each one on a chart, like a prisoner’s days in jail, until – just short of 23 hours – we were done. I’d climbed Everest, on a bike.

Would I recommend it? Well it’s a big logistical puzzle. Clare was the most amazing supporter: the back of our car at the top of the hill became a tuck shop of treats and juices, energy bars, gels and electrolytes. She walked or ran 9km to and from the hotel and the hill. And she took some great shots and videos. My coach Rafal Medak kept up a stream of good suggestions by text to Clare. Some people have ‘sherpas’ who ride with them to keep their spirits up. I was fine riding alone, engrossed in my pain.

The ride itself was extremely gruelling: perhaps the most masochistic thing I’ve ever done. Relentless repetitions, mounting stresses on your muscles and mind. One part of my body after another would rebel: first my back, then my foot, then my thighs. Dreams of finishing in 16 or 18 hours soon evaporated and I had to accept I’d spend a second night on the road. You start to wonder if you’ll ever recover from this physical and mental assault.

But if you’re looking for an epic challenge, where part of the attraction is creating your own event and pioneering a route (there’s extra kudos for ascents, like Cats Hill, which have never been Everested before), then have a look at https://everesting.cc/.

You’ll certainly use up some energy. Strava told me I’d burned 11,000 calories. Maybe I’ll even lose some lockdown weight.