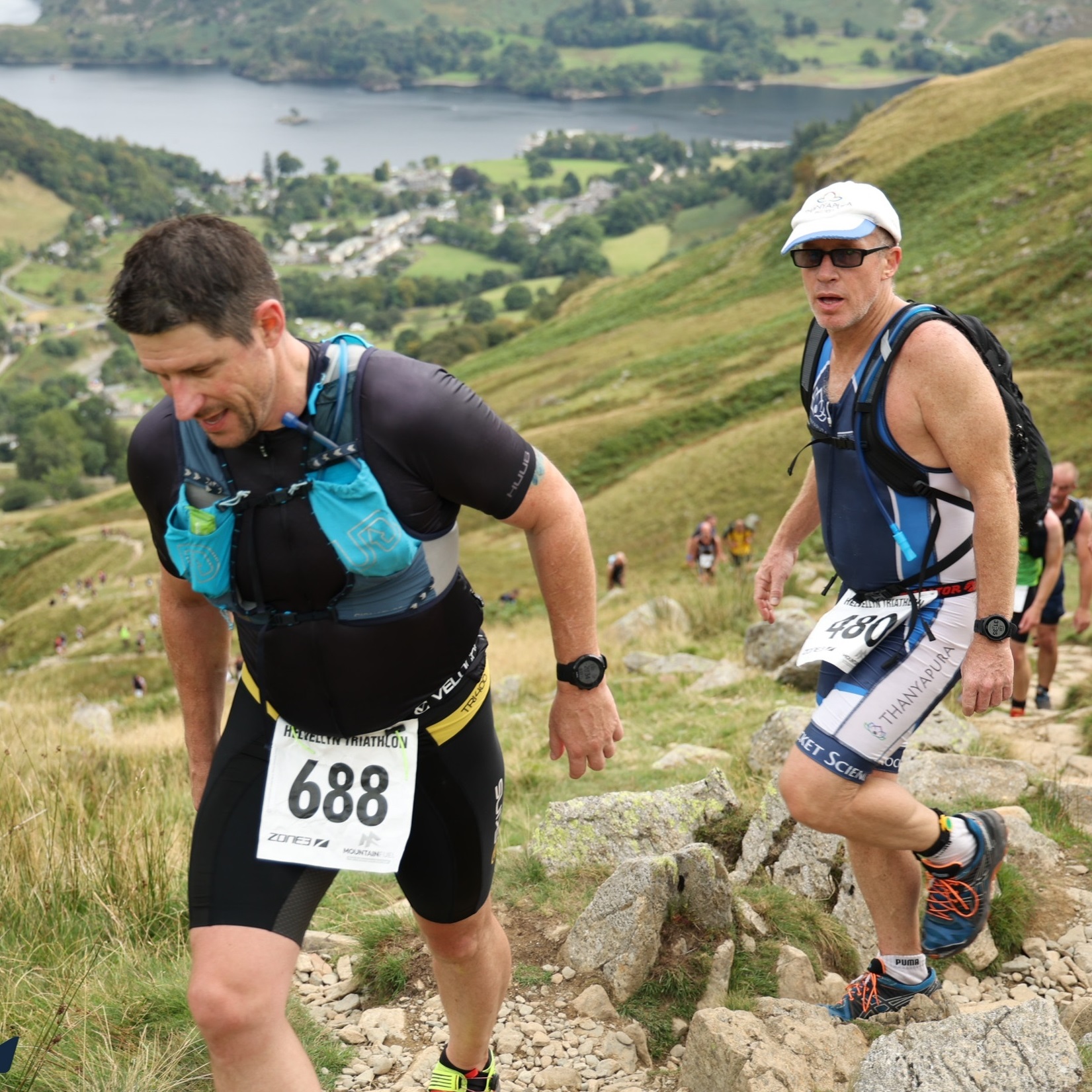 In September 2021 we drove to the Lake District to compete against some tough northerners in the Helvellyn triathlon.

You start in the idyllic Ullswater valley, diving into a lake so peaceful and picture-perfect you almost fear to disturb it. Once in, I was pushed and shoved mercilessly in the mass swim start (1500m total), before running across the soft grass to my bike and setting off into the hills.

Although only 60km long, the course is packed with hazards. I was almost run over by juggernauts on some busy roads and, after scaling Kirkstone Pass – 21 per cent gradient for the final push – found myself just behind a mass crash on the descent.

On to the run, we scrambled up Helvellyn (800m ascent in 6km), along tiny ridges with cliffs on either side, then charged down steep rocky, gravelly paths back to Ullswater.

I was relieved and happy to finish, as you can see from this picture, where I’m ignoring both my wife Clare on the right, trying to attract my attention, and a fellow competitor suffering some agonising muscle cramp on the left. Big smile for the official photographer.