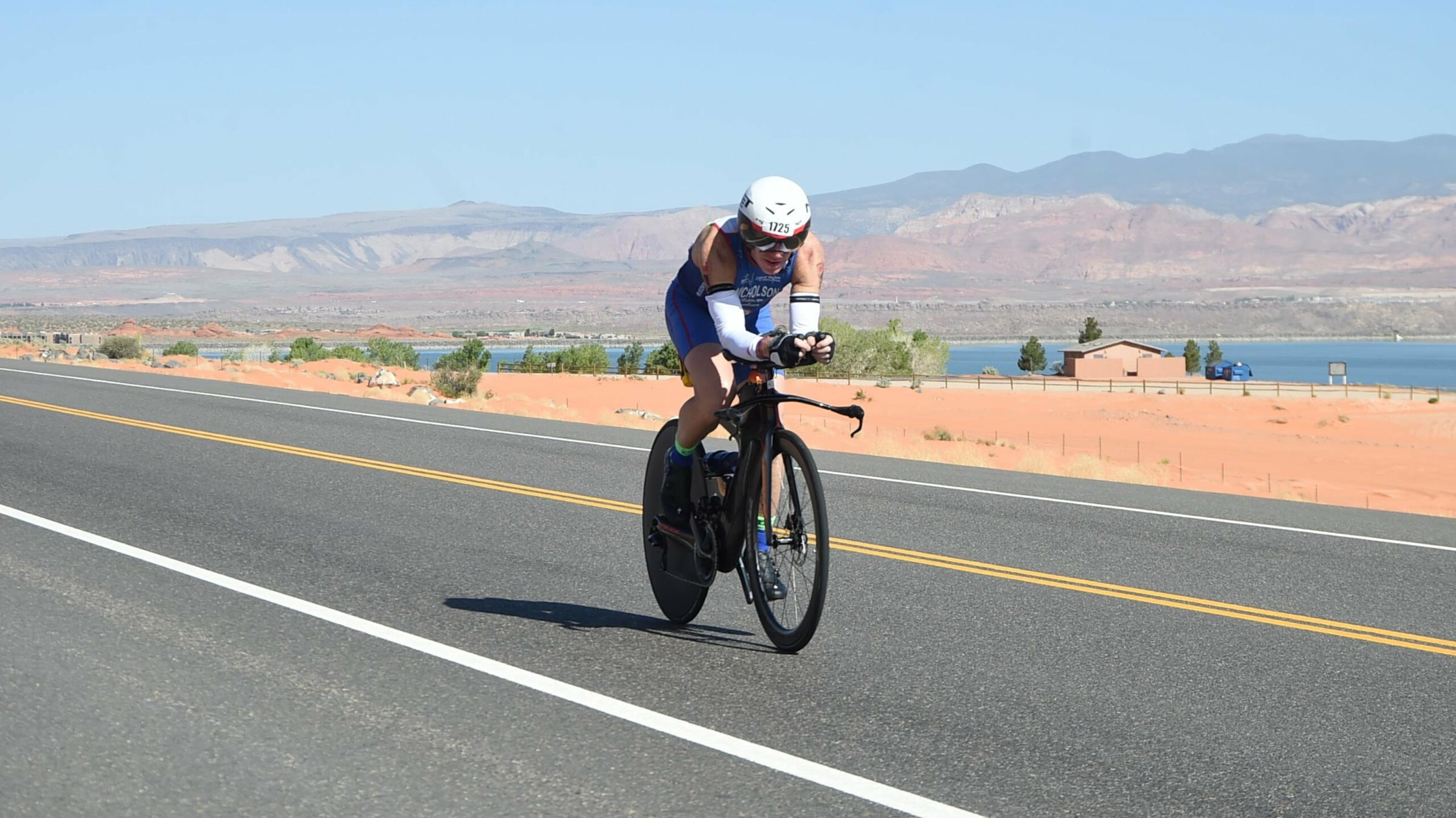 At a certain point, the Ironman World Championship in St George, Utah, became a matter of life and death to me.

Sapped by a 3.8km swim in an icy lake, ravaged by a 180km ride through arid, windswept canyons and unforgiving plains, circled by blood-red mountains, we faced a marathon on the baking 34-degree streets of St George, climbing more than 400m.

Before long, the course was littered with bodies lying prone by the roadside, felled by the heat and hills. Some of us ran in a subdued shuffle. Others staggered like zombies. Night fell.

Could I finish the course? In 2018 I ended up in hospital after collapsing on just such a brutal Ironman marathon in Malaysia. The same combination of exhaustion, hallucination, dehydration, dizziness and nausea welled up as the race wore on. I could barely stay upright, my consciousness ebbed.

It was only the thought of Clare Nicholson, waiting patiently at the finish line, that kept me from collapsing in a sweat-stained heap. Up since 2.30am - and having prepared for this race for months - to deny her a photo opportunity with the medal would have been cruel. To get there, I had to stay alive.

Of the 3500 athletes who qualified for this race, only 3000 turned up on the day. Several professionals developed mysterious ailments after testing the course, then pulled out. Of the 3000, 800 athletes failed to finish  - a savage 22 percent.

My coach Rafal Medak of Triangle Sports knew how tough the course would be, having raced it himself. He instilled a sense of patience, resilience and respect for St George’s awesome forces of nature that pulled me through. I’m so grateful to him.

Ironman promised us an epic challenge. As I ran down the finishers’ shute, with Clare and her lovely friends Michael and Anna screaming in celebration, it felt like a triumph over death and an extraordinary crystallisation of what it means to be fully alive.